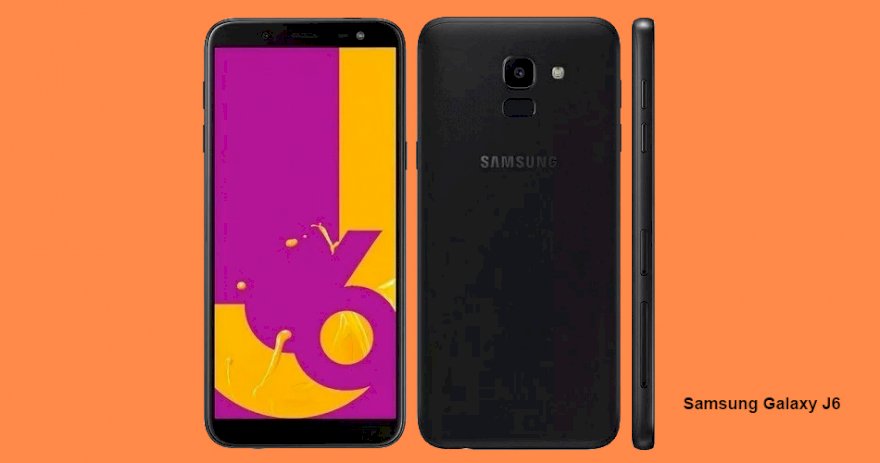 Once the market leader in the entry-level and mid-range smartphone segments, Samsung has been lagging behind for the past couple of years thank to the influx of extremely affordable devices from the likes of Xiaomi and others. Now, in an attempt to freshen up its budget offerings, Samsung has unveiled the new Galaxy J6, which is its most affordable phone yet to sport an Infinity Display with an 18.5:9 aspect ratio.

The Galaxy J6 has a refreshing design. With a tall display, comfortable grip and sleek body, this mid-range handset is quite the looker. It's 8.2mm thick, making it feel just about comfortable in hand. Added to that, as we noted in our first impressions, the rear panel isn't quite matte or glossy, which means it doesn't pick up unnecessary smudges.

The front of the phone sports curved-edge 2.5D glass for the 18.5:9 Infinity Display. This is another plus point for this budget offering, as Samsung has used one of its own 5.45-inch Super AMOLED panels with an HD+ (720x1480 pixels) resolution. As is the case with AMOLED displays, the colours are crisp and accurate, the blacks are deep, and the brightness is decent, though some find the resolution to be disappointing.

There are definitely a few shortcomings though. In classic Samsung tradition, the Galaxy J6 skips the crucial ambient light sensor giving us no option of an auto-brightness toggle. Having to manually adjust the brightness level repeatedly during our review period was particularly frustrating.

Above the display, there's an 8-megapixel selfie camera, a selfie light and the earpiece. Below it, for the first time on a Samsung Galaxy J-series smartphone, is no physical button. Instead, the Home, Back, and Overview buttons are all on screen. Depending on which apps support the extended screen resolution, the buttons may or may not appear on screen at all times.

On the left, the Galaxy J6 has the volume buttons, one tray for SIM 1, and a second tray for SIM 2 and a microSD card. The right of the handset sports a lock/ power button and a small slit for the speaker. The Micro-USB port, microphone, and 3.5mm headphone socket are placed at the bottom. Finally, the retail box includes a 5V/ 1A (5W) power adapter, a USB cable, a SIM ejector tool, a wired headset, and a couple of quick start guides.

The new Galaxy J6 is powered by Samsung's in-house octa-core Exynos 7870 SoC, which is one of the most disappointing aspects of this mid-range offering. This processor has been Samsung's favourite choice for budget models for the past couple of years now, with the segment begging for a refresh. We are reviewing the variant with 3GB of RAM and 32GB of storage, but Samsung has also launched the Galaxy J6 with 4GB of RAM and 64GB of storage. The latter is currently not available for sale in India, and Samsung's official website shows a "Coming Soon" banner as of filing this review.

Connectivity options include 4G VoLTE on either SIM at a time, so all compatible Reliance Jio, Airtel, Vodafone, and Idea SIM cards can take advantage of LTE calls. There's also single-band (2.4GHz) Wi-Fi, Bluetooth 4.2, GPS, a 3.5mm headphone socket, and FM radio, but no NFC. Wi-Fi calling is also an option available in the Settings on supported network. As has been seen with previous Galaxy J and Galaxy On-series smartphones, Samsung has skimped when it comes to the sensors. This phone only has a proximity sensor and accelerometer, and no ambient light sensor or gyroscope.

In terms of software, the Samsung Galaxy J6 runs the Samsung Experience 9.0 UI on top of Android 8.0 Oreo, which we've previously seen on the company's most premium handsets. The Android security level patch is dated 1 April 2018. The home screen gets a default weather and time widget on top, the Google search bar, and shortcuts to apps from Google and Microsoft. Swiping to the left reveals the Bixby Home screen that has a plethora of widgets and apps showing Facebook trends, your schedule, reminders, YouTube suggestions, weather information, news, and a lot more.

Samsung has an image recognition-based shopping app called Samsung Mall, which ships with the Galaxy J6. Having made its debut with the Galaxy On7 Prime earlier this year, Samsung Mall gave us fairly accurate suggestions for gadgets and clothing, and has improved significantly since its launch. It detected clothing patterns well, but often mistook the category. For instance, on scanning a checked shirt, the results displayed things like gloves and handkerchiefs. Samsung Mall redirects users to shopping sites such as Amazon and Flipkart, and you can't buy things directly within the app.

Another advertised feature is Samsung Pay Mini. As opposed to the NFC-based Samsung Pay for physical transactions, Pay Mini is just a native Samsung app that can be used to make payments through UPI and mobile wallets. You could just use native apps, including, BHIM, Paytm, PhonePe, and Google Tez, if you're used to them. You cannot disable or uninstall the Samsung Pay Mini app. Fortunately, there are no preinstalled Samsung-branded video and music apps; instead these are optional downloads from Samsung's My Galaxy app store.

The Settings menu is filled with features and accessibility options, much like every other Samsung offering in the market. Chat Over Video is a nifty feature that shows your incoming WhatsApp and SMS messages as translucent overlays while you're watching videos. There's even a translucent keyboard so you can reply without pausing. S Bike mode, which debuted with last year's J-series models, aims to promote two-wheeler safety by disabling calls and notifications when you are in motion.

There's a Dual Messenger mode for certain social media apps such as Facebook and WhatsApp, a panic mode for contacting emergency numbers, one-handed mode, easy mode, and a lot more. One neat shortcut is the ability to scroll through the notifications shade with the fingerprint sensor, so that you don't have to stretch to reach the top of the tall screen.

Samsung Galaxy J6 performance, cameras, and battery life
We had the 3GB RAM variant in for review, and except on rare occasions, we did not feel that the RAM was inadequate. However, it remains to be seen how this holds up with long-term use. Animations and transitions on the Galaxy J6 have been cut down to a minimum. There is frequent stutter in the Bixby Home screen, which is unfortunate but expected considering the amount of content shown. There's no digital compass or gyroscope, so Google Maps cannot show what direction you are facing.

We tried a few popular casual games such as Temple Run 2 and Subway Surfers, as well as the heavier Asphalt 8. The experience was fine and the Galaxy J6 did not heat up during gameplay and the battery level fell by very little.

Face recognition works fine most of the time in daylight as long as you are directly facing the camera, but is non-operational in low light even when the screen brightness is turned up to the maximum. Thankfully, we found the narrow rear-mounted fingerprint sensor to be snappy and accurate throughout the review period.

As for benchmarks, the Samsung Galaxy J6 scored 63,201 in AnTuTu and 3,854 on PC Mark Work 2.0. In Geekbench 4, the single-core score was 728, while the multi-core score was 3,544. Samsung's preloaded browser performed fairly well with a score of 75.8 in Basemark Web 3.0. The GFXBench T-Rex gaming test score was 18fps. These results are extremely sub-par when compared to those of the Xiaomi Redmi Note 5 Pro and Asus ZenFone Max Pro M1, which are priced very similarly to this new offering from Samsung.

Audio is fairly loud and the speaker is not blocked when this phone is lying either face-up or face-down. However, a lot of people might hold this phone in a way that muffles audio considerably when listening to music or watching videos.

The single rear camera has a 13-megapixel sensor with an f/1.9 aperture. This is similar to the specifications we saw on the Samsung Galaxy On7 Prime. Much like with that phone, colours in daylight photos are washed out, and dynamic range is below average. Even close-up shots are disappointing, with bland colour reproduction, which can easily be noticed on the Super AMOLED display. There's an HDR mode but that doesn't help much in improving picture quality. Apart from that, there are other modes such as Night, Beauty, Panorama, and Pro, but these also do little to improve shots.